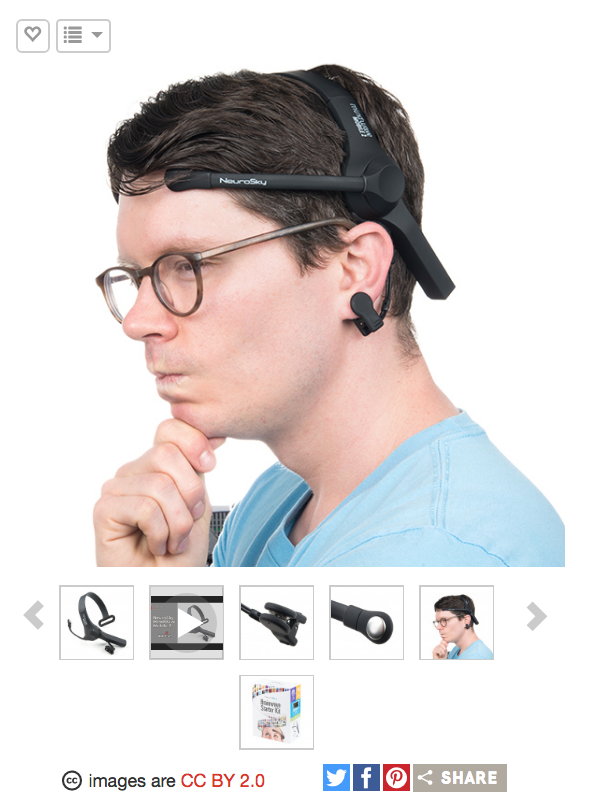 We’ve all seen the brain-scan images that are supposed to tell us something about which parts of our brain are most and least stimulated during certain activities. Doctors use the technology, known as Electroencephalography, or EEG, to test for brain disorders like epilepsy or the extent of the trauma from a brain injury, according to the Mayo Clinic. EEG is also often used in attempts to better understand how certain stimuli, like video games, affect our brains.

Almost all of the news reporting involving EEG technology comes from studies performed by academic or medical researchers in a lab setting. But what if journalists could conduct their own brain-activity studies pegged to the news?

Enter the MindWave Mobile 2 from a company called NeuroSky Inc. It looks like a phone headset, but it measures the alpha and beta waves emanating from the brain and feeds that data to a mobile phone app.

The marketing materials for the product say that it can “monitor your levels of attention and relaxation” in response to music or other prompts. In addition to 100 or so brain-training and educational apps, there are free developer tools to allow users to devise their own uses for the product.

The MindWave Mobile 2 could be useful as a way to crowdsource a study about the effects of social media on our brains. A reporter could seek volunteer readers to wear the headset during certain hours a day for a certain amount of time.

To capture a before-and-after picture of the data, the reporter could have two groups wear the headset during defined periods for a month. Neither group would use social media during that month. Then Group 1 could start using social media again, while Group 2 continues to abstain. Then a comparison of attentiveness and other qualities could be compared between the two groups.

This technology is highly imperfect, and its data shouldn’t be seen as conclusive. But on a micro level, it could be used to inform the policies of school districts. For example, if my district were proposing to do away with physical books in favor of digital books, I might want to conduct a small study on local schoolchildren, comparing the brainwaves of those using paper books vs. e-books. The results might influence the local debate over whether the additional screen time is healthy or not for that community.

I am a journalist whose career has spanned Silicon Valley, Washington and Wall Street. These days I cover financial investigations as an editor at Bloomberg News. Before that I spent 11 years at The New York Times as an editor and reporter covering Wall Street and Washington. I also covered information technology in the early days of the Internet explosion and taught business reporting at George Washington University. I'm a graduate of Stony Brook University, where I advise my college newspaper on financial matters. View all posts by dsjoachim